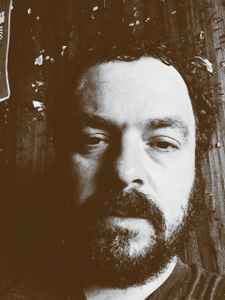 Profile:
Shuyler Jansen should cast a longer shadow than he does. Since starting out in the 90’s with the Alberta-based band Old Reliable- often cited as Canada’s answer to US alt-country pioneers Uncle Tupelo- Shuyler Jansen has continued to evolve as an influential solo artist whose work is expanding the horizon of his genre. Mixing his consoling croon with electronica, neo-psychedelia and abrasive rock on albums like “Hobotron” (2004), “Voice from the Lake” (2011), and “The Long Shadow” (2015) Jansen proves it is, in fact, perfectly sensible to layer Ralph Stanley with John Cale and Willie on top of The Cure and Dinosaur Jr. etc.

The past four years have been extremely industrious for Jansen as he added the title of record label founder to his resume when he started Big White Cloud Records in 2014. In 2015 Jansen produced the Juno nominated album “Strange Country” for Kacy & Clayton and then produced and co-wrote the Deep Dark Woods latest album “Yarrow”. For Jansen, the label’s initial success is in large measure a vindication for years of adamantly sticking to his artistic vision. Now residing on the west coast in Victoria BC and working on new material for his 5th solo album, Jansen is still very much a cult artist, hovering on the outskirts of any music scene or industry.
Sites:
Bandcamp, Twitter, itunes.apple.com
In Groups:
Dim=Sum, Old Reliable, The Naked & The Dead