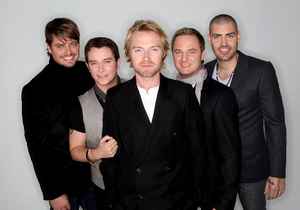 March 8, 2020
Would they ever get vinyl releases of their albums or atleast compilations. So many good songs, better and much more matured than most boybands. Hopefully, someday. 😊

October 30, 2019
I recently discovered that there is an Irish only release of 'Boyzone's' debut album 'Said and Done' that features their debut single in Ireland 'Working My Way Back To You' in place of 'Father & Son'.

Was just wondering if anyone's ever come accross it as it's not even listed on Discogs as a release.

Here's the wikipedia info on it: https://en.wikipedia.org/wiki/Said_and_Done

I'm also looking to get my hands on the 'Working My Way Back To You' single from Boyzone too if anyone ever sources a copy.
See 2 replies