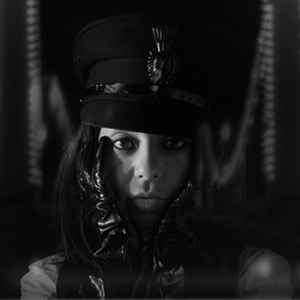 Best known as former lead singer of pioneering 1990s trip-hop band Sneaker Pimps (under the name Kelli Dayton) for the bands debut "Becoming X" (1996) album, with hit singles "6 Underground" (1996) and "Spin Spin Sugar" (1996) – the latter's Armand Van Helden remix gaining notoriety as a prominent track in UK/Speed Garage at the time. Ali was released from the group in 1998 when they decided to do vocals for their own tracks.

Before Sneaker Pimps, Ali was briefly part of a group called Psycho Drama, which she joined at age 16. A few years later, she was asked by Russell Cross to join his band The Lumieres as their singer/songwriter, and lead guitarist – although they only had one single, "Cinder Hearts" (1995).

After leaving Sneaker Pimps, she moved on to a solo career under the name Kelli Ali, following changing her surname to Ali in honour of her late father. As well as her continued solo recordings, Ali has done freelance songwriting for and recorded with other notable artists such as Brian Ferry, Linkin Park, Paul Oakenfold, Bootsy Collins, Satoshi Tomiie, and more.

Her first solo album was "Tigermouth" (2003), which included tracks "Sunlight In The Rain" and previous single "Kids" (2001), and featured ex-Doors drummer John Densmore. Ali went on to record another two solo albums on the One Little Indian label between 2003 and 2008.

She toured alongside rock band Garbage in 2003, and in April 2006 travelled to Japan to record and write tracks with Hoshino Hidehiko (from Buck-Tick) and Cube Juice for the band Dropz (3), while electronic producer Paul Oakenfold recorded the track "Faster Kill Pussycat" (2006) –a track Ali penned– with actress Brittany Murphy; Murphy's only single release.

Since then she has recorded two further albums under her own independent Kelli Ali label, both funded via successful crowd-funding campaigns on the Pledge Music platform. On her album "Band Of Angels" (2013), she collaborated extensively with UK band Cult With No Name. This was followed by the OST to her independent feature film "Ghostdriver" (2019) which she described as "a noir thriller and love letter to London", and featured Sneaker Pimps band-mate Liam Howe contributing extensively to its mix and additional production.

While a promo of the album was released in early 2019, the full release was delayed due to the Covid-19 pandemic, so while post-production on the film continued throughout that year, she released the stand-alone single "Sadistic" (2019), recorded during the "Ghostdriver" sessions, featuring a collaboration with electronic producer Satoshi Tomiie, while the final full release of the album came in late 2020, and the film delayed until 2022.