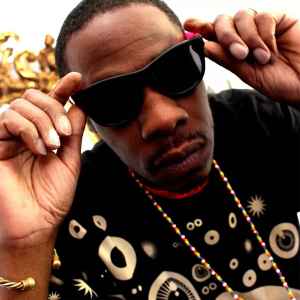 Originally appearing with Jungle Brothers's single "Troopin' On The Downlow" under the name of Torture in 1993. He was later heavily featured on the unreleased Jungle Brothers album Crazy Wisdom Masters in 1993 (produced by Bill Laswell) but this was shelved by Warner Bros due to being too "experimental." He later released his debut album Loaded With Power in 1997. Known for often lo-fi and unique style to rapping, he is also known for his often eclectic collaboration work. He has played with the likes of Cardopusher, Kid 606, Handsome Boy Modeling School, DJ Scotch Bonnet, Kouhei Matsunaga and Spectre.

Often quite prolific but known for brief spells of homelessness as archived in his documentary "The Rise and Fall and Rise Of Sensational", it is not known how much of Sensational's discography there actually is as he can be often found selling his music in the streets of New York.
Sites:
Facebook, MySpace, Bandcamp, Bandcamp
Aliases:
Colin Julius Bobb, Torture
Variations:
Viewing All | Sensational
Sensational (C. Bobb), Sensational (aka Perfection), Sensational Chunkobliss

April 15, 2004
Sensational is the hip-hop equivalent of Thomas Mann's Aschenbach character, "the patron saint of all those who labor at the edge of exhaustion".
His brutal, minimalist style rubs some folks the wrong way, as if it were pretentious or overwrought. Nothing could be further than the truth. This is basement, 4-track, dirty analogue drum machine hip-hop at its best. Sensational is an eccentric guy to be sure, but his imagination and hyperreal/surreal lyrics and flow never fail to provoke and challenge his listeners.
Don't sleep.
Reply  See 1 reply Notify me 10 Helpful