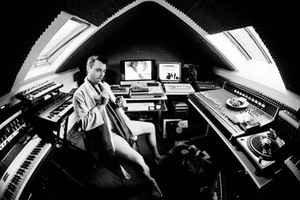 Real Name:
Tyson Ballard
Profile:
Currently presiding over an empire that includes the successful Voyeurythm label, a DJ and production career spanning over two decades, and a sideline in producing some of the world's very best rotary DJ mixers, making music comes as naturally for Tyson Ballard as walking upright. Born and raised in Adelaide, Australia, but now settled in Berlin after living in various locations around the world, his father was involved with a rock band, his mother a violinist and before them, his grandfather was in the army band – so with musical notes dancing around in his bloodstream before he was even born, Tyson's destiny had been decided.
Sites:
SoundCloud
Aliases:
Hollywood Nites, Monte Carlo Interchange, Tight Pants, Voyeurhythm
In Groups:
Fuglemen, Son Of Sun
Variations:
Viewing All | Tyson Ballard
T. Ballard