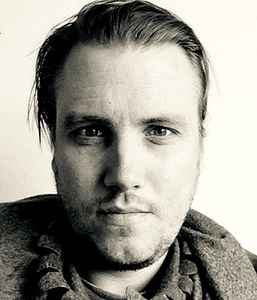 The most authentic, natural, green, naive, soft like a cup of milk and "crafted with the heart" computer music I have ever heard. There's not a tiny dust of fake attitude in Kettel's expression, that's why it sounds so rare and precious.

Cheerful, playful and heartlifting, Kettel's melodies are made of fresh fructose, draw a smile our on face each time, and are unpredictable and spontaneous like sudden water in the face during a summer day. These elixirs of everlasting youth are sometimes brewed with a melancholic mood, like remembrances of a perfect past.

I usually also make a difference between Kettel's first years (2000-2005) and Kettel since "My Dogan" (2006-now).
Indeed, with the birth of "My Dogan" in 2006, Kettels trades his usual breaks, clicky and reduced sounds for more maximalistic ones with heavier synths and acid basslines.
To understand it better, just have a listen to "Twinkle Twinkle That Is You" released in 2003, and its remixed version (by Kettel himself) called "Twinkle Twinkle" released in 2008. While the first one is airy, soft, minimalistic and bucolic, like a small bubble floating in the air, the second one is more high in definition, less lo-fi and more polished, with a more pop-ish vibe that is directly catchy at the first listening, like the burst of hundred bubbles. Two differents approachs, I love both, even if my heart beats secretly for one, hehe. ; )

It's a very personal point here, but I always thought that Kettel (particularly early Kettel) sometimes sounded like the world of Harry Potter. Nature and animal-friendly, with a perfect balance between fantasy and reality, between the airy dreamer and the playful explorer. Kettel used to describe himself as "elixir brewing, camping-loving, music making sorcerer to be". Hey, he's not far from belonging to Hogwarts! I think Reimer would be very good at potion-making and botany. What do you think? = )

Kidding aside, when I listen to these creations, I always imagine the bliss of living a simple, humble, joyful life in the countryside. What's better than a hug from your pets, having a walk with friends or chatting about the last video-game you played with? Kettel's music is not more complicated than that, and that's why it's so refreshing and essential.

His music is one of my several influences which allowed my love for simple and natural things to stay so strong and unwavering, and allowed my heart to stay young forever. I'm not sure I would be the same person today if I had not discovered his music in early 2000s. Back in the days, I always thought that you could have a computer and a tree as best friends, I always thought that it was possible to give to numerical aesthetics a human face, speech and smile. Kettel did it the way I imagined it, with a very singular naivety I can't find anywhere else.

My favourite musician from the current millenium? Well... I think the answer is yes. And my favourite seagull too.

November 25, 2007
Composes beautifull music and with so many good releases allready on his name we only can expect more beautifull music!!
This guy is really worth checking out listen to My Dogan and you'll know what i am talking about...
Also really worth seeing him perform live.
If you like plaid / BOC / Toytronic you'll love this to!
It's no surprise that Planet Mu fixed one of his first releases, but strangly enough he never had any release on rephlex.
Reply Notify me 3 Helpful