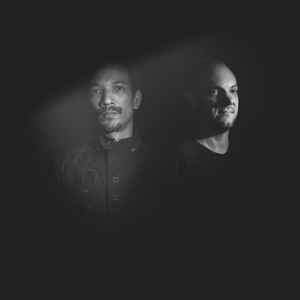 Profile:
Hailing from North London, Artificial Intelligence are a production duo comprising of Zula Warner and Glenn Herweijer. Riding high on their early success they want to spread music "to as many people as possible". For AI, "It's the satisfaction of making it but also of spreading it to as many people as possible. Not like a preacher or someone on the TV. Preferring to let their music do the talking across the world, AI continue to make their mark. Over the years they have spanned the slightly darker side, with releases out on Commercial Suicide and 31 Records, as well as flirting with some other labels including Full Cycle, Goodlooking and CIA. A.I have even dabbled with commercial labels, releasing remixes of some of the biggest dance and hip hop tracks of the past few years including Kelis' Trick Me, Eric Prydz Slammin' and more recently Fat Freddys Drop Cays Crays.

Since their first release, 'Hooked On', on V Recordings in 2003, AI's reputation has been growing with each release with "Desperado" voted as top DnB track of 2007 by Radio 1 listeners and their single "Uprising" voted by the public as the biggest d'n'b track on BBC Radio 1 in 2006. With regular support from the likes of Grooverider, Fabio, LTJ Bukem, Goldie, Hype, Andy C, Chase & Status and massive remixes for Kelis, Eric Prydz, Roni Size and Goldie. A.I. are one of DnB's leading lights.
Sites:
SoundCloud, Facebook, MySpace
Aliases:
A.I., AI, Herweijer, Trenchman
Members:
Glenn Herweijer, Zula Warner
Variations:
Viewing All | Artificial Intelligence
A. I., A.I, A.I., A.i., AI, Artifical Intelligence, a.i.

August 15, 2020
WALL OF SOUND. Everything of theirs up to and including their Stand Alone LP was flawless and truly unique (up until about 2011). Big up A.I.

The poster boys for the liquid funk sub-(sub)genre of drum n bass. Their songs (at least the good ones) aren't so much "formulaic" as they "follow the exact same blueprint." This, however, is not a bad thing. These guys essentially make house music disguised as drum n bass. They start with slightly mixed up clean breaks, a smooth vocal sample and most importantly, their patented LFO-modulated wowowow bass tones, usually following a slightly less-modulated sub-bass riff. Nearly everyone of their tracks has at least one big breakdown followed by a massive bass drop. Their sound is not going to win any awards for innovative song construction, but the music damn fun to listen to, and the dnb ladies go bananas on the floor when they hear it.