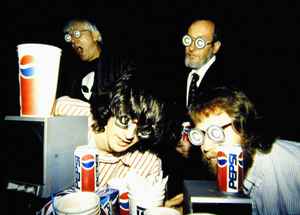 November 7, 2021
These guys are absolute heroes of mine. Not just artistically, but for what theyve done in terms of promoting media literacy, satire, commentary on the absurdity of US copyright laws, and overall ethics. Though they are best known for the U2 single (an excellent piece of plunderphonics and culture jamming), their whole discography is worth exploring. Escape from Noise is a great starting point with a potent concept and some actual songs among the sound colllages and experimentalism (Nesbitt's Lime Soda is hysterical!).
Reply Notify me Helpful