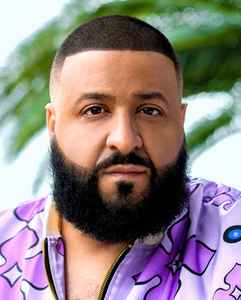 Born in New Orleans, Louisiana, Khaled first gained prominence as a radio host in the 1990s, whereby after moving to Miami, he hosted the show "99 Jamz" on urban music radio station WEDR; the show's popularity later prompted hip hop group Terror Squad to hire Khaled as the DJ for their live performances. After gaining some production credits on the group's material, Khaled then transitioned into curating albums, releasing his debut studio album Listennn... the Album in 2006, which earned gold certification.

He followed that up with the album We the Best (2007), which contained the top 20 single "I'm So Hood". His subsequent two releases — We Global (2008) and Victory (2010) — were released after the founding of Khaled's record label We the Best Music Group. Both albums charted within the top ten on the US Billboard 200, with the latter containing the single "All I Do Is Win", which was eventually certified triple platinum.

His fifth studio album We the Best Forever (2011) also saw similar commercial success, and helped bring Khaled to international prominence, as it featured the song "I'm on One", which became his first top ten hit. His sixth and seventh album, Kiss the Ring (2012) and Suffering from Success (2013), charted in the top ten on the Billboard 200, and his eighth studio album, I Changed a Lot (2015), peaked at number 12.