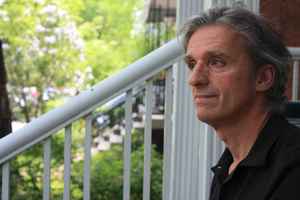 Clarinetist and saxophonist training, follower of improvisation and multi-media performance, it is first of all, in the 80s, associated with the underground scene of contemporary music in Montreal, working among others with Pierre Hébert and René Lussier . In the company of the latter, as well as Michel F. Côté , Jean Derome and others, in 1983 he created the label Magnetic Environments (grouping independent producers) with which it produces fifteen discs .

He also makes appearances at the International Jazz Festival in Montreal , including in 1994 where he performed along the Canadian bassist Michel Donato . Also film music composer, this activity is becoming increasingly important to become the center of his artistic work. He wrote music for more than 150 feature films ( 8:17 p.m. Darling Street , Novena , The Necessities of Life ), short films (Draw me a song), documentaries (The Children of Global Refusal, Roger Toupin, grocer variety), TV series ( Belphegor , ER), advertisements and other . Robert Marcel Lepage continues to participate in many current musical creations activities (World Day of the clarinet in 2003 and 2004).