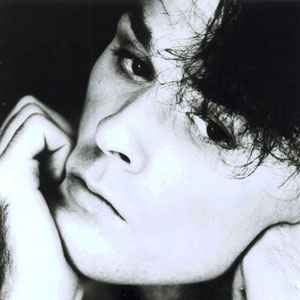 Real Name:
William MacArthur MacKenzie
Profile:
Billy MacKenzie was born on March 27, 1957 in Dundee, Scotland, United Kingdom.
Billy MacKenzie and fellow musician Alan Rankine joined forces as Associates in the late 1970's and released their first 7" - a cover of Bowie's "Boys Keep Swinging". The pair then released a string of critically acclaimed albums and singles under the Associates name. After Billy and Alan split in 1982 the group continued. Now called The Associates, various line-ups (always with Billy on vocals and writing most of the material) continued to release records until 1991 when the group folded. Billy also released a few singles through the 80's, variously as "MacKenzie sings Orbidoig", "Holger Hiller featuring Billy Mackenzie" and "BEF featuring Billy MacKenzie". He also contributed vocal duties to a number of other artists such as Skids and Yello. His first proper solo excursions under his own name were in 1992 with the album "Outernational" and a clutch of solo singles. Billy continued recording and releasing material with Yello, Peach, Barry Adamson, Apollo Four Forty, Loom and Siobhan Fahey amongst others. Shortly after finishing work on what would have been his comeback album for Nude Records, Billy took his own life on January 22, 1997 at Auchterhouse in the Sidlaw Hills by Dundee, Scotland. He was 39 years old.
Sites:
billymackenzie.com, Wikipedia, steveaungle.wordpress.com
In Groups:
39 Lyon Street, The Associates, The MacArthurettes
Variations:
Viewing All | Billy MacKenzie
B MacKenzie, B. MacKENZIE, B. MacKenzie, B. Mackenzie, B. McKenzie, B. Mckenzie, Bill McKenzy, Billie Mackenzie, Billie McKenzie, Billy McKenzie, Billy Mokenzie, MacKenzie, Mackenzie, ManKenzie, McKenzie, W. M. Mackenzie, W.M. MacKenzie, William McArthur McKenzie, ビリー・マッケンジー

January 28, 2022
Will somebody please for the love of all that is good PLEASE make a FULL length documentary on Billy. Bono, you wrote the intro to his biography, maybe you could throw some spare change towards starting a crowd funding process? Anyone who has had the privilege of reading the book KNOWS now THAT'S a story that HAS to be told and seen to be believed and most of all for Billy to ever TRULY be understood. May he R.I.P eternal

October 26, 2011
Definitely a lost talent and much missed singer.Had a voice that was so unique.