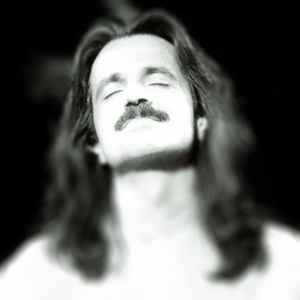 In Kalamata, on the shores of the Mediterranean, Yanni was born in 1954 to Sotiri and Felitsa Chryssomallis. The second of three children, Yanni has an older brother and a younger sister. Sharing a deep-rooted love of music, the family spent much of their time playing and singing together.

Yanni's parents provided a typical Greek life for the young boy. He grew up fishing, swimming, and going to school like every other boy in his town, with one exception. Yanni was born to compose music. He began to play the piano at age six, but he refused formal piano lessons. As a child, Yanni heard music in his head and he simply wanted to hear it come out of the piano too, so he needed to learn how to play to make that happen. He felt a certain freedom with the keys that might have been crushed under the weight of structured learning.

Music was not Yanni's only talent. In 1969, at the age of 14, Yanni broke the Greek National swimming record for the men's 50-meter freestyle event. Although he could have pursued this skill, he chose to travel a different path; one which eventually led him to share his musical gift with the world.

His childhood in Greece and his love for his native country gave Yanni his inspiration to compose such songs as "Santorini," "Nostalgia," and "Acroyali."

In 1972, with the encouragement of his parents, Yanni left his homeland to attend the University of Minnesota. Between his studies, he played in local rock and roll bands and began to develop his personal musical style using both piano and electronic keyboards to create new sounds.

Despite a new culture, a new climate, and a new language, Yanni graduated from the University of Minnesota in 1976 with a Bachelor of Arts degree in Psychology. After graduation, he decided to give music 100% of his effort for one year. He needed to better understand the driving artistic forces that had been such a large part of his childhood years. It was during this year that he chose to make music his vocation.

Yanni played keyboards for Chameleon, a rock and roll band that became well known in the Twin Cities of Minneapolis and St. Paul. Spurred by their success, Chameleon began to tour regionally - across Minnesota, Wisconsin, Chicago, Iowa, and the Dakotas. They also produced 2 albums independently during this time.

By now Yanni knew his future would be in music, and he used his experience with electronic keyboards to begin creating his own compositions. "Optimystique," his first solo album, was independently released in 1980.

Yanni single-mindedly continued to pursue his passion for creating music. He explored the worlds of electronic music, new sounds and instruments, and composition. This was a very productive and busy time for Yanni. He released 2 albums and worked on a third before moving to Hollywood, the film industry capital, where he recorded 4 film scores and released 3 more albums. He also re-released "Optimystique."

In 1990, the Dallas Symphony Orchestra accompanied Yanni in concert, adding a new dimension to his unique style and a prelude of things to come.

Yanni was constantly experimenting and composing - giving his growing number of fans new music every year. The album "In Celebration of Life," was released in 1991, "Dare to Dream" in 1992, and "In My Time" in 1993. And, as if that wasn't enough to keep him busy, Yanni went on tour each of these three years. He received Grammy nominations for "Dare to Dream" and "In My Time" in which the collection of serene piano-focused pieces went on to sell more than a million copies. Each year brought a more extensive tour, larger venues, and greater numbers of fans. Yanni hand-picked the band members who would accompany him on his tours, and eventually added an entire symphony orchestra.

Yanni toured internationally for the first time, presenting his music live in some world famous venues such as the Toji Temple in Kyoto, Japan, Royal Albert Hall in London, and at the Acropolis in his homeland of Greece.

Yanni, Live at the Acropolis was filmed on September 23, 1993 at the 2000 year old Herod Atticus Theater in Athens and marked a triumphant return to his homeland. The concert was subsequently broadcast in the United States on PBS, where Yanni has since become one of the top all-time fundraisers, and around the world, where it was seen in 65 countries by half a billion viewers. The album has sold more than 7 million copies, while the video has sold 1 million copies, making it one of the best-selling videos of all time. Yanni has continued to provide a great deal of support for PBS and has also appeared on several PBS Pledge Specials such as A Decade of Excellence, which included segments from Yanni Live at the Acropolis, Yanni Live at Royal Albert Hall and Tribute videos.

Yanni pursued the biggest challenge of his career - to become the first western artist to perform at both the Taj Mahal in India and the Forbidden City in China. Both venues presented unique and difficult obstacles, but once again, Yanni's persistence and patience paid off through the highly successful concerts. The "Tribute" album was released in the Fall of 1997, and much of the music was written with these two locations in mind. Yanni's third long format music video, also titled Tribute, was filmed during these two momentous events. The result was an outstanding combination of extraordinary musicians, inspiring sights, and an unchallenged movement of world peace and harmony, all brought together by a single artist's vision. The special was seen by a collective television audience of some 250 million people. In conjunction with his performance Yanni donated the proceeds from the show to help preserve the Taj Mahal.

In tandem with the release of "Tribute," Yanni embarked on his record-breaking 9-month, 100+ city tour. Beginning in Mexico City, Yanni became the first foreign artist to sell out five consecutive shows at the Auditorio Nacionale. The momentum continued from there as Yanni moved on to play 10 consecutive sold out shows at Radio City Music Hall in New York; the first time this had happened since 1993. The "Tribute" tour was the top selling tour during the first half of 1998, and was ranked #2 for the entire year.

His first studio album in 7 years, "If I Could Tell You," followed in 2000 after a two year sabbatical. It was a deeply personal and introspective work that stripped away some of the grandiose elements found on his previous albums. The change in direction was no less inspiring, but it did reflect changes in his personal life as well as a move to the East coast and a glimpse into Yanni's heart.

In February, 2003, Yanni released Ethnicity, his 13th album. The album signaled another creative shift in direction and proved a harbinger of things to come. Yanni once again explored the powerful symphonic sounds that marked some of his earlier works but also incorporated more exotic textures. The album featured an array of different instruments, from an Australian didgeridoo, a Celtic violin, and an Armenian duduk to an Indian tabla, as well as a variety of human voices in the form of solo arias, group chants and even lyrics, a rare departure for the instrumentalist. The same year also saw the publication of his Miramax Books autobiography, "Yanni in Words," a New York Times best seller. It's a reflective look at the challenges, lessons, dreams and obstacles in Yanni's life.

Soon after the release of his book, Yanni undertook an unprecedented North American Tour in November, 2004. The tour kicked off at the Mandalay Bay Hotel & Resort in Las Vegas, NV. The commanding performance was recorded and filmed for what was to be Yanni's first live CD since Tribute, 2006's Yanni Live! The Concert Event. The mammoth tour included nearly 150 shows, with total attendance of more than 1 million fans, making it, according to Billboard magazine, among the largest grossing for three years running.

After a reflectve time, Yanni experimented with another direction. Yanni explains, "I will always do instrumental music, but now I'm just trying to expand my horizons and open the doors to some incredible talent that can give voice and lyrics to my work."

The multi-Grammy nominated performer is talking about Yanni-Wake Entertainment, his newly formed venture with fellow Grammy and Oscar winning producer/songwriter, Ric Wake. This exciting enterprise will not only continue to create superb music, but it will also develop talented new artists, compose music for films and be involved in movie and television production. Yanni Wake Entertainment has signed Nathan Pacheco, Chloe, Ender Thomas and Leslie Mills.

His more recent tour, Yanni Voices: Live in Concert, in 2009 was a big success. Touring all over North America with sold out shows including Radio City Music Hall and full houses throughout Mexico. The tour was nominated for the prestigious Lunas del Auditorio award and was in support of Yanni's Mexican chart topping release: Yanni Voces (CD) and Yanni Voices (CD).

Yanni Voces reached #1 on the Mexican Pop Charts and #2 on the over all Mexican Music Charts. A recent DVD release of Yanni Voices: Live in Concert reached Amazon's number one best seller list within the first week of sales and was a fundraising success for PBS.

It's the world-renowned performer and composer's 19th release over all and first of primarily instrumental music in eight years. With a true global release in over 40 countries, TRUTH OF TOUCH was borne not as an album with a game plan. "I wasn't even trying to make an album," YANNI recalls. "I just felt like writing music. I happened to be at a point where I wasn't stressed out about going on tour or having to deliver an album for anyone. It was just a six-month period where every night I walked into my studio and I had fun. It was effortless. I felt the music. It just showed itself to me. It was probably the best way to do an album."

A brand new TV program broadcast throughout the world beginning in early 2011.

Yanni is known throughout the world as one of this century's most original and successful composers and musicians. His powerful compositions have come to define a new genre of music and over 500 million people in over 140 countries have seen his live performances.
This program features personally selected performances of many of Yanni's most beloved instrumental compositions. The audience will be able to experience the energy and magic of seeing Yanni live, and re-live his most inspiring musical moments captured at some of the most elegant and exotic venues from around the world and, for the first time, be introduced to exclusive concert footage never before seen on television.

Yanni in HI Definition is a Hi Def only concert highlight of Yanni's instrumental performances. The sound and hi definition picture quality give viewers the excitement of being in their seat at the concert.

His concerts are legendary. Yanni returns with a worldwide tour performing in over 60 concerts through the USA, Canada, Mexico, Argentina, Brazil, Chile, Puerto Rico and Panama over the past 10 months.

This is Yanni as you know him best, performing his instrumental hits from shows that have become famous around the world. Fans will witness Yanni and his world-class musicians as they take the stage to perform his greatest instrumental hits made famous in his shows from The Acropolis in Greece, The Taj Mahal in India, The Forbidden City in China and The Royal Albert Hall in England.

For the first time ever, the live show will also introduce music from Yanni's new album "Truth of Touch," which is the composers first album of original studio music in almost a decade.

Come hear the music that touches the world as Yanni performs another 140 concerts scheduled over the next year including Eastern Europe, Western Europe, South East Asia, South America, Central America and North America.

This page is Yanni (2) because, at the time (over many years ago), a different artist was listed as Yanni (1).