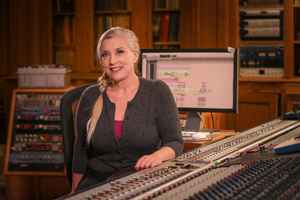 Real Name:
Sylvia Lenore Massy
Profile:
Sylvia started in the San Francisco alt-punk scene in the eighties fronting her own all-girl band “Revolver”. Their self-produced demos caused a stir in the underground scene. So much so, that other bands asked for Sylvia’s help in the studio. This led to her working with a number of notable bands.

She has worked as studio engineer at Larrabee Sound Studios and Sound City Studios. Starting in 2001, she owned and operated RadioStar Studios out of the The Weed Palace Theater until its closing in 2012.