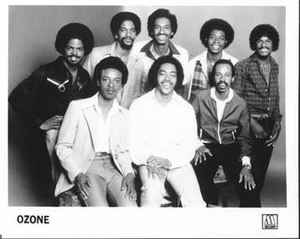 Profile:
After Charles A. Glenn Jr. had experienced working with The Endeavors in the Los Angeles music scene, he felt sure that he had discovered the "recipe" that would work to land a recording contract. He wasted no time in bringing together all of his Nashville music friends. When the instrumental and vocal blend was absolutely perfect, they all 'knew'. This band could climb the mountain to stardom in LA. They would be called "Ozone". The new band was recognized by music icon Billy Preston who snatched them up to be his personal band. After touring over two years with Preston, they were signed to a recording contract by Motown Records where they created and released five Ozone albums and became the "house band" for several acts on the Motown roster. Ozone recorded and toured with Teena Marie, DeBarge, Sammy Davis, Jr. and Luther Vandross among others. Being everybody's "house band" at Motown had its advantages, but it didn't focus on advancing Ozone's public recognition and definitely hindered the group from becoming a household name. Ozone had created the sound and magic for everybody else, while their careers were put on "back burner" status by the marketing machine at Motown. Without the company giving them radio and tour support, Ozone disbanded.
Sites:
ozonefunkband.com, soulwalking.co.uk, Wikipedia, Facebook, web.archive.org
Members:
Benny Wallace (2), Charles A. Glenn Jr., Greg Hargrove, Herman Brown (2), James S. Stewart Jr., Joe Foxworth, Paul Hines, Ray C. Woodard, Rodney Thomas, Thomas "T" Bumpass, William Carroll White, Jr.
Variations:
Viewing All | Ozone (5)
OZONE, OZONE Horns, Ozone, Ozone Horns