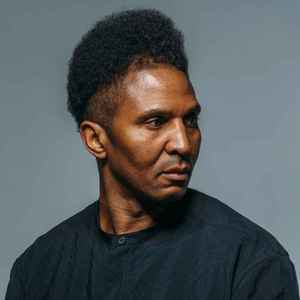 Real Name:
Kirk George Thompson
Profile:
Krust was brought up on a council estate called Knowle West, in the city of Bristol. Krust earned respect through countless releases on V.Recordings (the classic track Warhead for example), and with friends Roni Size & DJ Die made the label the phenomenon it is today. While Krust was signed to V.Recordings, he and Roni Size set up their own imprint called Full Cycle Records, which became one of the leading Drum and Bass record labels. Near the end of the nineties, Roni Size formed a collective called Reprazent, which Krust and other Full Cycle members were a part of. Through the 2000s, Krust continued to make well received tracks such as a remix of the Roni Size song Snapshot (renamed Snapped It), Kloaking King, Follow Da Vision, and many others. In 2006, Krust relocated to London and took time off from producing. In 2008, the Full Cycle camp decided that they wanted to go their separate ways, so the label was shut down. But in 2010, Krust started producing again, and teamed up with friend Nick Toots, to create a band called the "The Rules", and his own imprint called Rebel Instinct.
Sites:
djkrust.com, Twitter, Facebook, Wikipedia
Aliases:
Crazy Loops, Cronic Crew, Gang Related, George Kurts, Glamour Gold, Kirk Thompson
Variations:
Viewing All | Krust
D. J. Krust, D.J Krust, D.J. Krust, DJ Crust, DJ Krush, DJ Krust, DJ.Krust, Dj Krust

WOW!! Nothing on Krust! I'll say it now Krust is a don! Most people think Krust is just another V recordings crew member. If you think that your must be stupid. Krust has produced some of the best Jungle, and Steppa's tracks ever made on various labels. Tracks like "Soul in motion" "True Stories" "Set Speed" "Warhead" "Future Unknown""Kloakin Devices" and his latest releases on Dom's label " Ivory puzzle" and "The portal" on 31 Records. Coded language is a very good album too! Then you have all his the work and influence with Roni Size, Die, Suv, Bryan Gee and Reprazent, the Bristol crew. You could say he should make more.. with Krust it is more quality over quantity and when he makes something you sit up and listen!

A true original producer who knows about sounds and composition, where to put things, only putting them where they need to go and not just because! Krust sits at the top table of our scene, blessed to listen to his music. "True Stories" is one my favourite tracks of all time, every time you listen to it, it just gets better and better. Salute Sir!!!!!