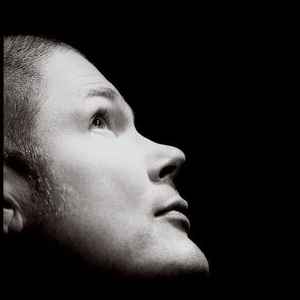 Real Name:
Mark Griffin
Profile:
American musician and rapper. Born 1957 in Ft. Knox, Kentucky. Retired from the music industry between 2001 and 2017. Griffin's stage name came from a sermon by Oral Roberts, in which the televangelist claimed that he had received a vision of a 900-foot-tall (270 m) Jesus, who commanded him to build a hospital (CityPlex Towers) on the campus of Oral Roberts University. Hell with the Lid Off (1990) was Griffin's first full-length release for MC 900 Ft. Jesus as well as the first time Griffin had appeared on a major record label. It featured DJ Zero and the single "Truth Is Out Of Style" which gained a cult following. The following year Welcome To My Dream (1991) was released. DJ Zero appears on it under his real name (Patrick Rollins) because of uncertainty about whether he would be able to tour in support of the album. His subsequent single "The City Sleeps" was featured in the album which explored the mind of a serial arsonist. The song sparked controversy in Baltimore when a then ABC affiliate, WJZ, ran a report suggesting that a series of arsons in the area was a result of WHFS's airing the song. His final album "One Step Ahead Of The Spider" was released in 1994; it contained the single "If I Only Had A Brain", which became his best-known song. The song gained increased exposure from the music video directed for it by Spike Jonze, as well as exposure on MTV's Beavis and Butt-Head cartoon show. Rollins once again appears but is not listed in the credits. Griffin eventually became disillusioned with the music industry, and sessions for his fourth album were unproductive. Record label interest waned and eventually in 2001, Griffin officially retired. However, in 2007, he began dj-ing weekly at a Dallas music venue. On November 26, 2016, Griffin announced via Facebook that he was set to perform a show at The Kessler Theater in Dallas with a quartet including Chris McGuire, Greg Beck, and Wanz Dover in hopes of kick-starting a tour as well as a possible fourth album about which his former label Nettwerk had approached Griffin. On February 3, 2017, the quartet played a sold-out concert performing several of the MC 900 Ft. Jesus songs, receiving an enthusiastic ovation. Yet no album has been released since.
Sites:
Facebook, Wikipedia, YouTube
Aliases:
D.J. Fresh Mark Chill G, Mark Griffin
Variations:
Viewing All | MC 900 Ft Jesus
M.C. 900 Foot Jesus, M.C. 900 Ft Jesus, MC 900, MC 900 Foot Jesus, MC 900 Ft. Jesus, MC 900Ft Jesus, MC 900ft Jesus, MC900, MC900 Ft Jesus, Mc 900 Ft. Jesus

January 6, 2004
Mark Griffin's just the bomb. No, really. When I first heard a track of his- 'Adventures In Failure'- I found it beautifully produced, but comical. Then I heard 'The City Sleeps' and couldn't believe it was by the same artist. He seems to be able to get inside the American psyche and write these wonderful, incredibly well-observed lyrics; and then marries them to old-skool beats and layers of synth. At first listen you might believe that you're listening to hip-pop; but then you rapidly realise that everything he does is a little bit tongue-in-cheek. With several layers and speeds of backing vocals combined with a pared-down, almost punk-pop bassline, 'If I Only Had A Brain' is my personal favourite track of his.
Reply Notify me 7 Helpful