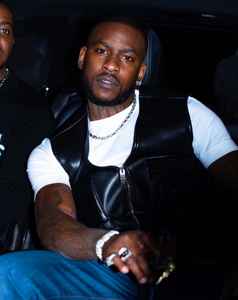 Adenuga is better known by his stage name Skepta for his grime music work. He emanates from Tottenham, North London, UK and is of Nigerian descent.

Originally a DJ from Tottenham-based grime collective, Meridian Crew, he began MC-ing shortly before they disbanded in 2005. After which, alongside his brother JME (2), they joined Roll Deep for a short period of time before becoming founding members of Boy Better Know.