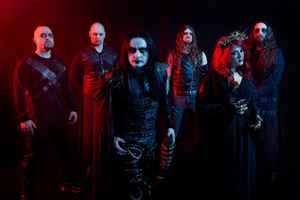 Cradle of Filth was founded in 1991 as part of the second wave black metal genre, but since then band's musical style has evolved into a unique mixture of death, black, gothic and symphonic metal with lyrics and general imagery being heavily influenced by Gothic literature, poetry, mythology and horror films. The exact sub-genre they play in has been somewhat difficult to classify and is often a subject of debate.

The band has gone through several line-up changes throughout the years and as of 2014 frontman Dani Filth is the only remaining founding member, as well as the only member to stay in the band since its inception.