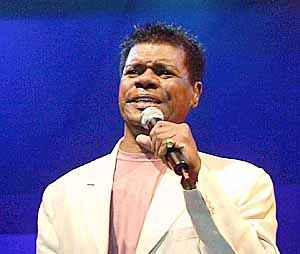 Attending law school in the 1970s, began to sing in college festivals in the same decade and participated in a talent show, reaching a final program Flávio Cavalcanti, the defunct TV Tupi and the orchestra worked as a crooner Ed Lincoln, and many performances in clubs and concert halls at night. In 1973 the first single released, with songs of love and Transa de Amor and Saravá Nega, which caused major interests in radio and television programs.

The first LP was released by IDC in 1975, with songs dedicated forgotten composers such as Ivan Lins, João Donato, Jorge Ben, Nelson Cavaquinho, Guilherme de Brito, Marcos and Paulo Sergio Valle, among others. Moved the following year for Philips / Polygram, remaining on the seal until 1984, by which released ten albums - all with little effect. Was chosen as the best performer at the Festival of Festivals, TV Globo in 1985 with the song Elis Elis.

Success came in 1988 actually, when they released the LP Aquarela Brasileira by Som Livre, a special project of seven volumes devoted exclusively to the repertoire of Brazilian music, all topped four thousand copies sold. At this time, has also launched other special projects, as a tribute to singer Dick Farney (Perdido de Amor, 1995) or by rewriting classic Hispanic bolero (Dias de Luna, 1996).

He signed with Sony Music in 2000. The disc marks the debut of the new label is Bossa Nova, which brought many classics of the genre and also yielded a DVD. Continued with a smile (2001), a tribute to the composer Gonzaguinha and another with João Donato in 2003.