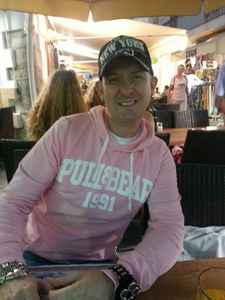 Real Name:
Derek Mark McMillen
Profile:
DJ and producer from Ireland. Born in 1972.
He came in to the media spotlight in 2006, when he had a hit with Belgian singer Jessy, "Dancing in the Dark" was originally released by Jessy in 2004 in Belgium.
However after meeting Jessy, he remixed the song in 2006. The song gained him chart success. It peaked at number ten on the UK Singles Chart, number five in the Republic of Ireland and number seven in Jessy's native Belgium. The song also peaked at number twenty five in Switzerland. The second single, "Over You" achieved moderate success, peaking at number thirty-five on the UK Singles Chart and eighteen respectively.
Later on in 2008, he remixed Samantha Mumba's "Gotta Tell You" and she re-recorded the vocals to fit the song, a music video was shot in London and Dublin. She promoted the song on the Clubland Live Tour in 2008, but it did not chart on the UK Singles Chart, but did peak at number forty on the UK Dance Chart. He also joined the judging panel of the Belfast CityBeat contest Young Star Search. He will produce the singles for winners Rachel Pearson and Caitlin McClurg.
Won "best dj" 4 times in 8 years Ireland, 8 "top 20" platinum albums and known around the globe. Got nearly 600 official itunes releases.