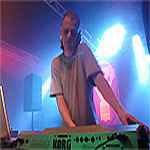 Real Name:
Hendrik Admiraal
Profile:
Ferox is a one-man Hardcore-Techno project by H.Admiraal from The Netherlands which started back in 1998. The produced sound is a mixture between Hardcore-Techno (gabber) and Psytrance, also called Trancecore.

In 2001 Ferox signed an exclusive artist deal with Cardiac Music Bv. in Rotterdam. After releasing his music together with that of Ki-Real for 2,5 years on Bionic Records, he left the label (which he also managed) and continued to work on his own.
Sites:
trancecore.ferox.org, jamendo.com
Aliases:
Hendrik Admiraal
Variations:
Viewing All | Ferox
Ferox.org