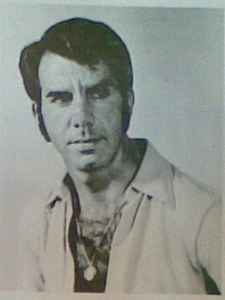 Real Name:
Nilo Toledo
Profile:
Nilo Toledo born and raised in Florida, was a late comer to the field of dance. Attending the University of South Florida, he began his studies at the age of 21.
Owing his aSpirations to his family and friends Frank Rey, Cecilia Fernandez, and Wally Saunders he has come a long way as a nationally know teacher. He has studied under such known names as Wally Saunders, Frank Rey, Frederick Franklin, Myra Kynch, Sevilla Forte, Sonia Dragomonovich, and Igor Youskevitch.
He first began his experience in the outdoor drama "The Common Glory" in Williamsburg, Virginia. He later appeared in the New York productions of "West Side Story", "A Funny Thing Happened On The Way To The Forum" and "Irma La Douce".
Ha has appeared in many nightclub productions and television commercials.
Nilo has been guest teacher for American University, George Washington University and Towson State Teacher's College in Maryland. He was assistant Director of the Baltimore Ballet Theater, Children's Music Fair, principal dancer and choregrapher for"Pointe on Strings" all in Baltimore, Maryland.
For many years he was on the faculty of the Wally Saunders Dance Studio, the Baltimore Y.W.C.A., Metropolitan Academy of Dance and Erika Thimey Dance Theatre in Washington, D.C. He is the choregrapher for florida's outdoor drama "Cross and Sword" in St Augustine, Florida.
Presently teaching and sought after by many national conventions such as professional Dance Teachers Association, and Dance Caravan Red, he has recently been asked to adjudicate the Canadian Festival of Dance and Teach a workshop in Kingston, Jamaica, West Indies.
His home now is St. Petersburg, Florida and is on the faculty of Judith Lee Johnson School of Dance and Connie's School Of Dance.