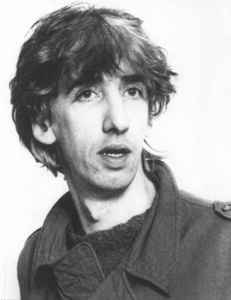 Real Name:
Matthew George Irving
Profile:
Matt Irving (born 16 March 1950 - died 3 April 2015) was a Scottish bassist and keyboardist. He moved to London in 1967 and played keyboards with a band called Dream Police (later renamed The Crocodiles). He then went onto join Longdancer and after about a year, he joined The Babies. Throughout the mid-1970's playing mainly bass guitar, he toured the U.K. and Europe with several American acts including Ann Peebles and Eddie Holman and The Times. Irving's next venture was the Zaine Griff band. On leaving them he went on to form Special Branch with ex-Manfred Mann's Earth Band guitarist Dave Flett. In 1981 he joined Manfred Mann's Earth Band as their bass player. In the studio with this band he played both bass and guitar and was the band's programming expert. He later was involved with Paul Young. He was also quite heavily involved in the recording studio as a writer and musician with various artists such as French singer Sapho, Philip Rambow, Lords Of The New Church and Anthony Moore, plus one of his own projects, The Vampire Bats.
Sites:
platform-end.co.uk, Wikipedia
In Groups:
Dream Police, Longdancer, Los Pacaminos, Manfred Mann's Earth Band, Squeeze (2), The Babys
Variations:
Viewing All | Matt Irving
"Inspector" Matt Irving, Inspector Matt Irving, Irving, Irwing, M Irving, M. Irving, M.Irving, Matt, Matt Bat Irving, Matt Irvine, Matt Irwing, Mattie Irving

July 23, 2013
I am MATT irving. What you have printed here is absolute nonsense and completely inaccurate. Please remove it I have no wish to be included in your useless inaccurate representation of the work that I've completed over many years