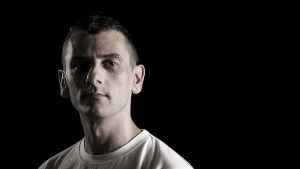 Started his own labels, Radius and Structure, and subsequently R-Sound, as well as releasing material as Dirty Harry, "You Don't Need To Know" and Vague on other labels such as Kool FM stablemate DJ Devize's 3D Mode.

As his production skills progressed he attracted the attention of DJ Hype, getting his first releases on Ganja and True Playaz in 2003. Now To the present day since 2007, he is a major artist in the Drum and Bass scene, and on hypes new imprint "Real Playaz" with tunes such as Busted, Mr Happy, Machete, Killers Don't Die, Busta Move, Proteus and so on.
Sites:
MySpace, Twitter
Aliases:
Dirty Harry (12), S. Molloy, Vague (2), You Don't Need To Know
Variations:
Viewing All | DJ Hazard
DJ Harzard, Hazard, Hazzard

April 25, 2022
A DNB legend imo. Surely there aren't many in the jump-up scene who have never heard a track from this man.
Reply Notify me Helpful