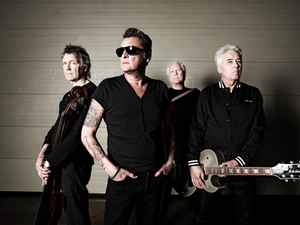 Profile:
Long-standing, Dutch rock band, founded in 1961 as 'The Tornados'. They changed their name to 'The Golden Earrings' in 1963, then shortened it to 'Golden Earring' in 1969. Known amongst their fans as just 'The Earring'. Their first single, 'Please Go', was released in September 1965.
On 5 February 2021, they announced to the Dutch press their active career was over, due to George Kooymans' illness.