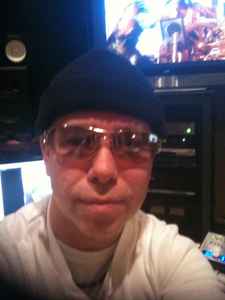 Profile:
Gary Barlough is an American composer, born and raised in Los Angeles, and is of Hungarian ancestry. He has worked as a film composer (G. E. Barlough), CD producer, song writer, and is an award winning producer/ engineer. Gary won a Grammy Award as the primary engineer and music programmer for the "Best New Age CD", "Thinking of You" released by world-renown artist Kitaro. He works primarily out of his studio in Los Angeles, writing and producing music for all forms of media. A graduate of the USC Thornton School of Music, he has been known for his style of music synthesis, and sound design which has been apparent from the start. Those ideas have made their way into many bands and solo artist's projects. He built sampled drum sounds for David Gilmour on Pink Floyd's "Momentary Lapse of Reason CD". He co-produced the film score for Oliver Stone's "Heaven & Earth" which was awarded the Golden Globe Award for "Best Musical Score", also by artist Kitaro. Projects he has been creatively instrumental on have been nominated for 16 Grammy Awards. Having guided many film and CD projects to successful releases, he is flexible in his approach, moving easily between composer and producer responsibilities in orchestral, electronic, or rock music.

In 2013-14, he wrote the score and produced the soundtrack CD for the film "Snake and Mongoose", with 7 mini-songs and accompanying score. He shared Music Supervisor responsibilities for the film. He has produced surround SACD, DVD-A projects, and is now beginning work with the Dolby Atmos Immersive Sound systems and it's future applications to 9.1.2 music.
Sites:
garybarlough.com
Variations:
Viewing All | Gary Barlough
Garry Barlough