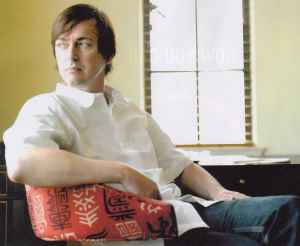 Real Name:
Stephen Anthony James Duffy
Profile:
Born 30 May 1960 in Birmingham, England.
In 1978, John Taylor (guitar), Nick Rhodes (keyboard), and Stephen Duffy (vocals & bass), formed a band called Duran Duran. Simon Colley (bass), joined soon after freeing up Stephen Duffy to focus as sole lead vocalist and frontman. But in 1979, before Duran Duran became wildly successful, Duffy moved on. He became the vocalist for Obviously Five Believers, a.k.a. The Hawks (4), a.k.a. The Subterranean Hawks, and then co-founded a new band, "TinTin". Within 24 hours of signing to Warner, TinTin recorded "Kiss Me," which peaked at 155 in the UK charts. The following year, the group signed to Sire Records in America, where the single became a club hit. A re-recorded version was released in the UK in 1984.

1987 saw formation of The Lilac Time which generated several releases before eventually splitting up in 1991. He resumed his solo career as Duffy.

In 1999, he came across an early (1978-1979) Duran Duran tape in storage and met up with former bandmate Nick Rhodes. The two decided to revisit and re-record their earlier material. The result was the album "Dark Circles" under the name "The Devils."

For those concerned - he did a one off group with a female,possibly called '' something different '' , i believe the album was released only in Japan

August 1, 2017
I much prefer Stephen's songs over DD's! In This Twilight is one of my very favorites. Thanks STTD!!

July 16, 2012
How it must suck to be Stephen Duffy. You started out in Duran Duran and then left. What a regret to carry around.
See 1 reply