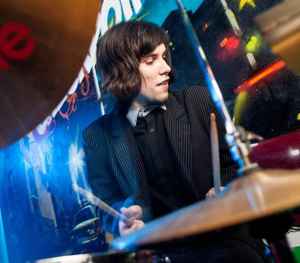 Born in 1991. His musical style has been described as psychedelic, and conceptual. At the age of 14 he received the first set of drums from his father, Milan Perny, who was also a drummer. Initially taught by his father, Perny was learning music by mimicking the style of Ringo Starr, John Densmore, Mitch Mitchell, Christian Vander, Robert Wyatt and Jaki Liebezeit. As a musician Perny released solo albums Psychedelic Winterland in 2009, Psychedelic Springland in 2011 and single Newborn which was presented at Rádio FM in December 2011. Since 2011 Perny has played with Miloslav Kollar and they released their debut album, Astral Gate. In 2013 Perny recorded experimental album The Rondel with special guest artists. The title of the album refers to neolithic circular enclosures found throughout Central Europe, which were also the topic of Perny's scientific thesis at UKF. The Rondel was presented at Rádio FM in September 2013.
Sites:
railman.szm.sk, Bandcamp, uniba.academia.edu