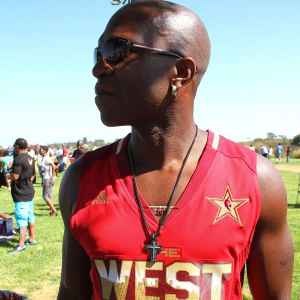 Real Name:
Shannon Lee Brown
Profile:
Shannon Lee Brown (D.J. Vicious Lee), a turntable veteran of 25 years was born and raised in Los Angeles, CA. The talented DJ has traveled the globe touring with Tone’ Loc and with Hidden Beach Records “Unwrapped All Stars”. He is the only DJ to appear on a Tupac Shakur recording and has worked with Hollywood heavy weights Marta Kauffman, musical icon Will I AM of the Black Eyed Peas and sports legend Magic Johnson. He also was featured on The Arsenio Hall show as a guest DJ with The Posse
( Vicious Lee On Arsenio Hall Show)
and the lead in DJ for the Celebration of the Life of Prince giving by Mayor Eric Garcetti & City Of Los Angeles.
(Celebration of the life of Prince).

DJ Vicious Lee is a go to DJ for Major corporations such as Anschutz Entertainment Group (AEG), Sony Studios & Entertainment, The Los Angeles Ronald McDonald House,
Yogurtland, Skechers LA marathon (2013-present) The Hard Rock Café. Performing at high profile events such as the AEG President’s Grammy After Party (2009-2013), Sony Pictures movie premiers and special events (since 2005) and the 2012 Golden Globe Awards official after party. His diverse talents also put him in the arena to spin at the 2012 & 2013 Major League Soccer Championship Cup party for the LA Galaxy at Staples Center, and also the The post Stanley Cup 2012 Celebration for the Los Angeles kings.

With his impressive skills, DJ Vicious Lee has also become a club mainstay in Los Angeles and abroad. Spinning at many of the city’s influential nightspots, his performance credentials include appearances at Harvelle’s Blues Club, Glam Slam, (the club formerly owned by Prince), The Highlands, The Comedy Store, The House Of Blues, The Key Club, The Vanguard, and The Avalon. DJ Vicious Lee’s artistry has taken him all around the world. He has rocked venues in such places as Rome, Paris, St. Lucia, Bermuda, Jamaica and Amsterdam.

DJ Vicious Lee has honed his craft. From keeping bodies moving on the dance floor to simply providing a musical backdrop for any event, he has the perfect blueprint for what audiences look for in music entertainment.
In Groups:
Def IV
Variations:
Viewing All | DJ Vicious Lee
Vicious Lee