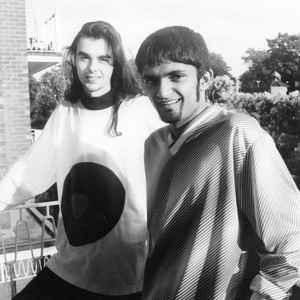 Profile:
'Hardcore Uproar' was written and pressed as a white-label with the specific aim of getting it played at the legendary Hacienda nightclub in Manchester. Not only did it get played there but the track proved so popular that it went on to get a commercial release and reached #12 in the UK music chart.
Suddi is still based in Manchester, has composed the music for numerous video games and now has his own audio design company.
Tragically Jonathon and his girlfriend Emma (who provided the vocals on The Together Mix listed below) were both killed in a road accident on the island of Ibiza, circa 1991. R.I.P. A tribute night for them called Harmony was held at the Hacienda in September 1991.
Members:
Jonathon Donaghy, Rohan Heath, Suddi Raval