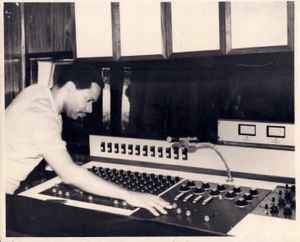 Davis’ music career started in the mid-1950s at which time the Central High School graduate formed a jazz group called the Don Davis Trio. However, the trio was short-lived and Davis opted to become a studio musician. He played guitar for an array of Detroit based record companies, including Motown, Golden World and Ric-Tic Records.

In the late 1960s Davis began focusing on producing and writing, becoming a key figure with Memphis-based Stax Records, though he continued to live in Detroit. He landed a national No. 1 hit in the fall of 1968 with “Who's Making Love / I'm Trying” by Johnnie Taylor and several other hits by the singer, including “Jody’s Got Your Girl and Gone” and “Take Care of Your Homework.” His greatest success was “Disco Lady,” also by Taylor, which was certified Platinum in early 1976 and remained No. 1 on the national R&B chart for six weeks and spent four weeks in the No. 1 spot on the Pop chart. Another No. 1 hit — Pop and R&B — was “You Don't Have To Be A Star (To Be In My Show) / We've Got To Get It On Again” by former 5th Dimension members Marilyn McCoo and Billy Davis Jr., also in 1976.

In the ’70s, Davis formed a record production and music publishing company called Groovesville Productions, Inc.. He also purchased United Sound Studios, utilized by such artists as the Dramatics, George Clinton, the Dells and David Ruffin.