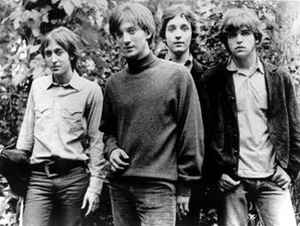 Profile:
American R&B-influenced rock & roll band from Ann Arbor, Michigan, formed in 1964. The group linked up with Jeep Holland who became their manager, and who released the group’s singles on his A-Square Records label, four of which were picked up by Cameo Parkway for national distribution. The Rationals’ lone LP was released on Crewe Records in 1970, and the band split up soon after. The band’s two most successful records were covers of Otis Redding’s ‘Respect’ (which pre-dated Aretha Franklin's more famous version) and Chuck Jackson’s ‘I Need You’ (written by Goffin And King).