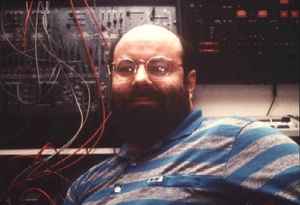 Profile:
Welsh synthesizer musician of Irish lineage, prominant as a UK synthesizer artist in the 1980's. Kevin first became known as a collector, and then as a reviewer in the music magazine Mirage circa 1982. He recorded his first solo cassette album in 1983. After that he quickly earned the reputation as an original/unique talent with several releases.
Kevin continued recording music well into the 1990's, but his since disappeared. His site link was still active in July 2012.
Sites:
ultimathulerecords.com, Bandcamp
Variations:
Viewing All | Kevin O'Neill (7)
K. O'Neill, K.O'Neill, Kevin ONeill