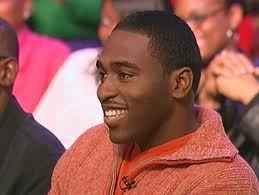 Real Name:
Robert Lee Smith
Profile:
Robert “Big Bert” Smith quietly emerged from a musical family in a small town of south Jersey. At an early age, Big Bert used his skills on the keys to get him noticed and then started collaborating on several projects with producer Rodney Jerkins, including artists such as Michael Jackson, The Spice Girls, Joe, Toni Braxton, Kelly Rowland, Jessica Simpson, Brandy and others. Robert and Brandy were also married and have a child together. During this period Brandy took up writing duties on several of his productions including those for Jennifer Lopez, Kelly Rowland and Toni Braxton. He is also CEO of his own Big Bert Entertainment company.
Sites:
bigbertentertainment.com
Aliases:
Robert Anthony (5), Robert Smith (2)