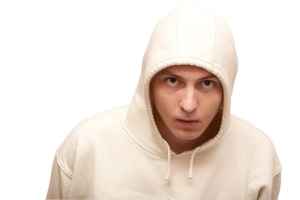 Real Name:
Огиенко Алексей
Profile:
Alexey Ogienko (aka Proket) was born in Norilsk, Russia in 1986. In 2001 he got to like electronic music and already in 2002 he proceeded with creating his own tunes.

After a while he met Denix who came up with an idea to make a collaboration. This is how Prode was born. Later on Feom and Roland got onboard.

In 2003 Proket remixed 'Let It Be' by the Estonian producer Bad MF, featuring vocals by Bad Girl. The remix blew up immediately upon release, earning the 18 year old producer recognition and fame on the local scene.

In 2004 Prode and Logical collaborated on 2 tunes: El Nino and Breakage, that got instantly signed by Recon recordings. Some time later, Alexei eventually finds his co-thinker Chris Jarman a.k.a Raiden and his “haven” – the infamous Offkey Records, a techno-oriented d n b label. Proket gets immediately picked up and becomes an essential part of the crew.

The ability to combine techno and drum n bass, whilst preserving the ambience of both styles is Proket’s trademark sound - the so-called “techno drum n bass” as he defined it himself. For many musicians Alexei’s art serves as a guideline of this particular sub-genre.

2007 brought his biggest success so far: the release of his debut EP on the very Offkey Records. However, Alexei did not stop there. The techno-fueled “Locomotive” sees the light, and this time on Kano’s Sinuous. Both releases become instant classics making its author one of the techno drum n bass “big shots”.

Proket's remix of Hydraulix 9 by the legendary producer D.A.V.E. The Drummer became one of the most played club tunes of 2008.

His djing brought him nearly all across Europe so far, including the biggest electronic music event - 'Exit'. Proket's sets are continuosly pushing and full of energy to bring you to hell and back - mind blowing dark techno dnb of highest pedigree!

In 2009 Proket initiates and inspires the creation of www.pimpmytechno.com - a music portal. Its aim is to spread and advance this sound as well as to unify all the musicians working in this sub-genre. Nowadays, Proket can be considered as a “front-man” on the global techno drum n bass scene

At this point, Alexey is in search of a new sound...
Sites:
pimpmytechno.com, MySpace, drumandbass.ru, SoundCloud
Aliases:
Alexey Ogienko
In Groups:
Prode