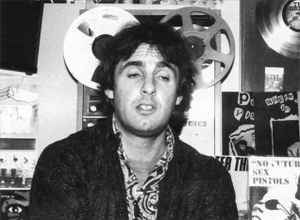 Real Name:
Dave Goodman
Profile:
Dave was a long time musician and renowned 'Punk' producer of artists such as the Sex Pistols, The Vibrators, UK Subs and the Cash Pussies to name but a few, clocking up over 100 albums produced plus many singles as well.
Also co-founder of his own indie label, simply called "The Label" with his old friend Caruzo Fuller.
He later went on to produce music videos as well as organising 'Solar Powered' stages at Glastonbury and other festivals.