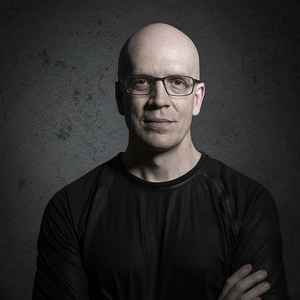 Real Name:
Devin Garrett Townsend
Profile:
Born on May 5th 1972 in Vancouver, Canada, Devin Townsend is a multi-instrumentalist and producer. At the age of 19, he caught the attention of Steve Vai, who recruited him as the vocalist in his band, Vai, for the "Sex & Religion" album and consequent world tour. Since then, he spent his career in projects he started himself, as an expression of the different "sides" of his creativity: the two main projects are Strapping Young Lad (a speed/industrial metal band), and Devin Townsend/the Devin Townsend Band/Devin Townsend Project.