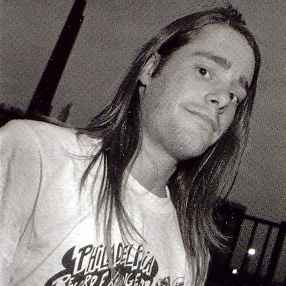 Profile:
Chad Channing (born January 31, 1967 in Santa Rosa, California. Is an American musician who is best known for being the drummer of the band Nirvana from 1988 until 1990, during which time they recorded and released their debut album Bleach. He currently sings and plays bass in the band Before Cars.
Sites:
Wikipedia, instagram.com
In Groups:
Before Cars, Child's Play (3), Fire Ants, Nirvana, Stonecrow, The Methodists
Variations:
Viewing All | Chad Channing
C. Channing, Chad, Channing