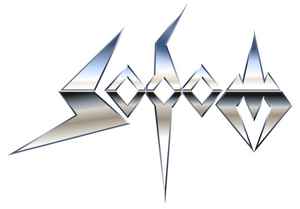 Sodom's original line-up consisted of Tom Angelripper, Bloody Monster and Aggressor. The band was initially formed by Tom as a desperate attempt to get out of having to work in coal mines in his home town of Gelsenkirchen. Taking inspiration from bands such as Motörhead, Tank, Venom and Accept, they released two demos which led to a record deal with Steamhammer (none of which were recorded with Bloody Monster, who was replaced by Chris Witchunter). Aggressor left the band shortly before releasing the In the Sign of Evil EP (generally regarded as an important early black metal release), and was replaced by Grave Violator, who did not last long himself, and left following the recording of "In The Sign Of Evil". A replacement was found in the form of Michael "Destructor" Wulf. They then went and recorded Obsessed by Cruelty, their full length debut. It featured music that was mostly in the same vein of In The Sign of Evil. Wulf did not last long himself, and later went and joined Kreator (this relationship would not last long either, and the man would later die in 1993 after a tragic motorcycle accident).

For the most part, the band was not taken seriously at first, as various press sources stated them as nothing more than "a second rate Venom clone with semi inventive lyrics". One member would change that. This member was Frank "Blackfire" Gosdzik, who came in to fill the empty guitar spot Wulf left behind thrash metal. Frank had convinced Tom that thrash metal was moving beyond the realms of the horror/occult/satanic themes of bands like Venom, and that themes such as politics, society, and war were being embraced. Tom was already very interested in various wars, yet viewed them as stupid and outright dumb. This new inspiration culminated into Frank's full length debut with the band, Persecution Mania. The new lyrical approach and increased musicianship on the part of Frank gave the band great praise (as well as a mascot Knarrenheinz, who appeared for the first time on Persecution Mania's cover), and they soon embarked on a tour of Europe with the Swiss thrash metal outfit Coroner. After touring for the better part of 1987 and 1988, the band returned to the studio to make another album. The final product was titled Agent Orange, and it sold 100,000 copies in Germany alone. This made Sodom famous, giving them world wide critical acclaim, and securing their place alongside Kreator and Destruction as one of the great three teutonic thrash metal bands. To this date, Agent Orange has sold more than any other German thrash metal album all over the world.

In January 2018, Tom Angelripper announced the departure of Bernd "Bernemann" Kost and Markus "Makka" Freiwald from the band. Two weeks later he announced the new line up including Frank Blackfire and Yorck Segatz on guitars and Stefan "Husky" Hüskens on the drums. This is the first time in the history of Sodom that the band has four members.

August 26, 2021
Is there some real reason why their early material is not being pressed on vinyl but mainly only CD and casette? Anyone know?
See 2 replies