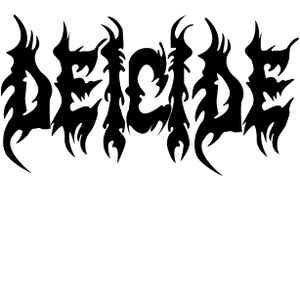 Formed in 1987 by drummer Steve Asheim and guitarist brothers Eric and Brian Hoffman as "Carnage", then hiring bassist/vocalist Glen Benton and becoming "Amon". They would later change the band name to Deicide in 1989. The band rose to mainstream success in 1992 with their second album Legion, and is credited as the second best-selling death metal band of the Soundscan Era, after Cannibal Corpse. Deicide is known for their hateful and blasphemous lyrics that have resulted in bans, lawsuits and criticism from religious groups and the public.

The Hoffman brothers left the band in 2004 and reformed the predecessor band Amon (18).

July 5, 2022
The only 3 Deicide albums that are worth a f*uck are "Deicide", "Legion", & "Once Upon the Cross". The demos were cool too. But as for the rest, it's not very good in my opinion. I was lucky enough to see them live during those first 3 classic albums and yes, they crushed it back then w/the Hoffman bros on guitar and the key ingredient that most people over look...Steve Asheim. He is top notch on the drums.

November 20, 2021
Can't be DEICIDE without the Hoffman Demons....NO way! Glenn is such a selfish bastard, f.ck off
See 4 replies

July 10, 2020
Everyone should have at least the first two albums in their collections. Deicide were a genuinely awe inspiring band both visually and musically in the early 90's, providing yet another unique Floridian interpretation of DM. For those put off by current prices on here, Hammerheart are apparently preparing releases of the first 5 or 6 albums on LP and CD for 2021.

March 30, 2018
Deicide play everyone of their songs with upmost conviction.Tight & with the fast clever groove that is their trademark that inspired other bands such as Sinister etc.

July 25, 2017
I'm surprised there are no comments for this pioneering band. The first four albums are death metal classics and should belong in the collection of every fan of extreme metal.
See 2 replies