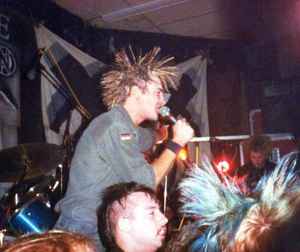 Profile:
Conflict is an anarcho-punk band formed in 1980, originally based around Eltham in South London. In 1983 Conflict set up their own Mortarhate Records and Fight Back Records labels. Steve Ignorant, at the time a member of the band Crass, guested on the band's pro-animal rights single "To A Nation of Animal Lovers". After the dissolution of Crass, Ignorant later became second vocalist for Conflict on a semi-permanent basis. This followed a 1986 gig in Brixton, London wherein he had joined the band on stage for a few numbers.