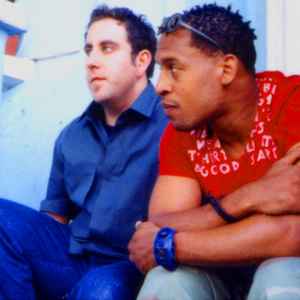 Profile:
Joshua Michaels (Iz) and Dwayne Washington (Diz) met in Chicago in the 90's and have been friends ever since. They both had their nicknames before meeting each other, so it was a natural progression to start working together as Iz and Diz.

When Joshua moved to Chicago in 1994, Iz and Diz began making music together, recording their first track at the legendary KMS studios in Detroit for the Prescription Records offshoot Balance. Now out of print, this was to be a first in a series of well received singles for a variety of respected labels including Silver Network, Classic, Seasons Recordings, Tweekin Records, and Aesoteric Records.

Their first single for Classic, "Wiggle While We Work" featured the seminal track "Mouth" which was comprised entirely of vocal snippets from the dynamic duo. A remix EP of "Mouth" (also on Classic) presented new interpretations by Pépé Bradock and Greens Keepers and brought international recognition to Iz and Diz's production. The track was featured on Radio 1 in London and licensed by worldwide heavyweights such as Giles Peterson among many others.