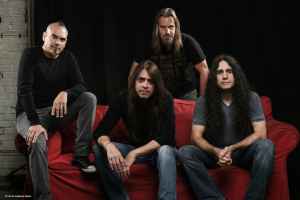 Profile:
Fates Warning was formed in 1982 in Hartford, Connecticut with a line-up of vocalist John Arch, guitarists Jim Matheos and Victor Arduini, bassist Joe DiBiase and Steve Zimmerman on drums. They recorded a couple of demos in 1983 under their orignal name "Misfit", but changed name prior to the inclusion of their demotrack "Soldier Boy" on the Metal Massacre V compilation on Metal Blade Records in 1984.

October 31, 2021
why no vinyl reissues of disconnected & fwx? this is criminal