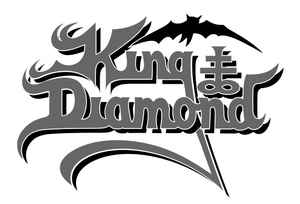 The King Diamond band was formed in 1985 by Danish vocalist King Diamond following the break-up of his previous band, Mercyful Fate. The original line-up consisted of Diamond, his former Mercyful Fate bandmates Michael Denner (guitar) and Timi Hansen (bass), and Swedes Mikkey Dee (drums) and Andy LaRoque (guitar). This line-up lasted for 2 albums before Denner and Hansen departed, the first of many line-up changes for the band. To date, LaRoque is the only musician besides King Diamond to appear on every King Diamond band release.

With the King Diamond band, King traded the occult-based and blasphemous lyrics of Mercyful Fate for a gothic horror approach. Almost all of the lyrics on King Diamond's albums revolve around a specific story. Only the band's debut, "Fatal Portrait", and 1995's "Spider's Lullaby" stray from this formula, although, even in those cases, several of the songs on the albums feature lyrics that are related to each other. In 2003, Hungarian vocalist Livia Zita was brought onboard to provide female vocals. It marked the first time that King Diamond worked with another vocalist on any of his projects (excluding any guest appearances he made on other artist's projects). King and Livia were later married.

The group saw their commercial success reach its peak in the mid and late 1980's, and their second album, "Abigail" is now considered a heavy metal classic. The group was also a target for parents and watchdog groups who objected to King Diamond's image and what they perceived to be questionable content (although the latter was mostly based on the King's work with Mercyful Fate and his personal connections to Anton LaVey's Church of Satan). The band has continued to work steadily, although they have been on hold in recent years because of King Diamond's health issues, which include back surgery (in 2007) and a triple-bypass (in 2010).
Sites:
kingdiamondcoven.com, instagram.com, Facebook, MySpace, Bandcamp, Wikipedia
Members:
Anders Allhage, Chris Estes, Darrin Anthony, David Harbour, Glen Drover, Hal Patino, Herb Simonsen, John Luke Hebert, Kim Peterson, Matt Thompson, Micael Kiriakos Delaoglou, Michael Denner, Mikael Myllynen, Mike Wead, Pete Blakk, Peter Jacobsson (3), Pontus Egberg, Sharlee D'Angelo, Snowy Shaw, Timi Hansen