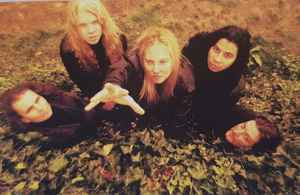 Nevermore was formed after Warrel Dane and Jim Sheppard's previous band, Sanctuary (4), had disbanded. Jeff Loomis went on to join Sanctuary as a touring guitarist just before they folded, and then formed Nevermore with Dane and Sheppard.

Nevermore ceased activity in 2011 after Loomis and Van Williams both departed following disputes with Sheppard and Dane. The latter two then returned to the recently reactivated Sanctuary on a full-time basis. Warrel Dane later stated that Nevermore was not definitively finished. This was contradicted in a September 2017 interview with Jeff Loomis, where he confirmed that the band was actually broken up, while acknowledging that a future reunion would be possible, since the band members were still on speaking terms with each other. However, with the passing of Warrel Dane on December 13th, 2017, a reunion at this point appears unlikely.