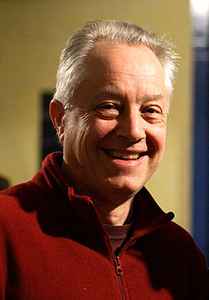 Real Name:
Tony Platt
Profile:
Tony is a freelance Music Engineer/Producer based in the U.K. His career in the music business started at Trident Studios in London. He made his name as an engineer at the now legendary Island Studios and he has subsequently worked in most of the best studios around the world recording some of the best artists including Bob Marley, AC/DC, Buddy Guy and more recently The Bad Plus.

Embracing the philosophy of enhancing music by the use of technology rather than allowing the technology to dictate, he has always kept very much apace with the rapid advances in audio and music technology that are taking place and a constant desire to try new recording techniques and musical styles has led him to involvement with artists from many musical genres.

This involvement often takes the form of artist development and to this end, he recently joined with Haydn Bendall, former Abbey Road engineer/producer to share a small studio at The Strongroom to enable them to more economically work with artists on limited budgets.

He is an active member of the steering group for JAMES (Joint Audio Media Education Support) and a director of the Music Producers Guild, whilst occasionally providing guest lectures and workshops for several universities running music industry courses worldwide.

His full discography and biography can be found on his website along with examples of more recent work and his contact details.
Sites:
platinumtones.com
Variations:
Viewing All | Tony Platt
Platt, T. Platt, Tony, Tony Plaat