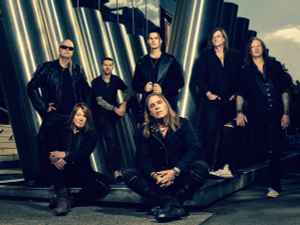 Helloween are considered one of the pioneering power metal bands. The group was formed in 1983 by Kai Hansen (guitar/vocals), Michael Weikath (guitar), Markus Grosskopf (bass), and Ingo Schwichtenberg (drums), although only Weikath and Grosskopf have remained with the band throughout its entirety.

I didn't appreciate Andi at all until I listened to The Time Of The Oath, thus fell in deep love with this man's voice up till now.