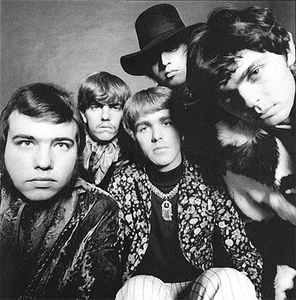 Profile:
Psychedelic rock band formed in 1965 in Los Angeles' San Fernando Valley. They reached their highest US charting success in 1966 with "I Had To Much to Dream Last Night" (peaking at #11). They released two albums in 1967: "The Electric Prunes: I Had Too Much to Dream (Last Night)" and "Underground". They broke up in 1968 during the recording sessions for their third album "Mass in F Minor", which was composed and arranged by David Axelrod. The album was completed by Axelrod and producer Dave Hassinger using session musicians and Canadian band The Collectors (4). A fourth album "Release of an Oath" was released in 1968, also composed and arranged by David Axelrod, and produced by Dave Hassinger with session musicians providing the music. This was followed in 1969 by a "Just Good Old Rock and Roll" recorded by a different group of musicians under the name of The Improved New Electric Prunes, since the name was legally owned by their producer Dave Hassinger.