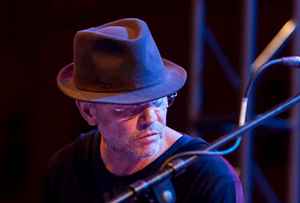 Profile:
Alan Clark (born March 5, 1952, in Durham, England) was one of the keyboardists for the British rock band Dire Straits.

Before Dire Straits, Clark was apart of a short lived showband called Desperado. Desperado would become the backing band for Canadian Music Duo, Bill & Sue-on Hillman during their UK tour. The Hillman's 1979 album, On Stage In England has some of the first recordings of Alan Clark on it, performing throughout the album and even Co-Arranging the track, Freedom Trilogy with Mr. Hillman.

After leaving Desperado, He joined Dire Straits as their keyboardist for their fourth studio album, Love Over Gold. He continued with Dire Straits until their eventual breakup in the 1990s.
Clark also worked with Mark Knopfler on some of his film soundtrack work, most notably on the film Local Hero, in which he also makes a brief appearance as the piano player for a small Scottish band, the "Acetones".
Sites:
alanclarkmusic.com
In Groups:
Desperado (16), Dire Straits, Eric Clapton & His All Star Band, K. Wallis B. And The Dark Shades Of Night, Legacy (85), The Acetones
Variations:
Viewing All | Alan Clark
A. Clark, Alan Clarke, Allan Clarke, Clark, Алан Кларк