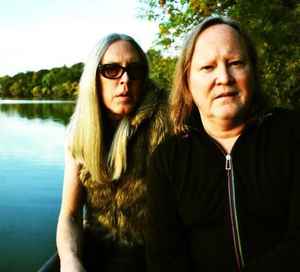 Profile:
Rock and roll group from Chicago, Illinois, USA, based around the core songwriting duo of Nash Kato and Eddie "King" Roeser. Kato and Roeser both play guitar and sing lead and backing vocals (depending generally on which of them wrote the song). The current rhythm section is Adam Arling and Nate Arling, also of The Last Vegas.

After an eight-year hiatus subsequent to breaking up in 1996, Urge Overkill reformed quietly in 2004 to play live shows and solidify the current line-up. The group released their first new song in fifteen years, "Effigy", in September 2010 as a taster for their then-forthcoming album, "Rock&Roll Submarine".